The region where the catchments are located is called the Central Basin and is a sequence of sedimentary formations which were deposited in the early Tertiary (65 - 2.6 Ma). During the period of depostion there was lush vegetation and today exceptionally well-preserved fossils can be found in this area (see Figure 2).

Figure 1: Excerpt from the geological map of the area around the catchments.

The geological formations which are present in the catchments are listed below. They belong to the Van Mijenfjorden Group which is Paleocene to Eocene in age (65.5 - 34 Ma). Willem Van Muyden was a 17th century Dutch mariner. 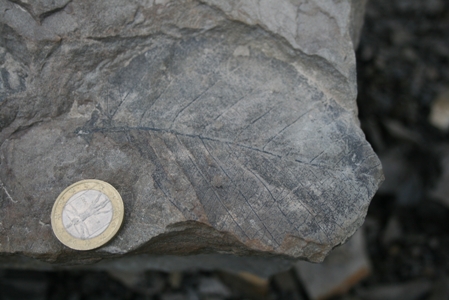